I gave the following books five stars on Goodreads:

2. Book you were excited about & thought you were going to love more but didn’t?

Ash by Malinda Lo. I love a good Cinderella retelling but wound up being bored by it in the end.

Permission Slips by Sherri Shepherd. I had zero expectations, and I had no idea Sherri is as funny as she is.

Apparently, A Corner of White by Jaclyn Moriarty is the first of a trilogy, and I thought that book was just delightful, so that pleases me.

6. Favorite new authors you discovered in 2013?

Rainbow Rowell. Read two of her books (E&P and The Attachments), enjoyed them both.

7. Best book that was out of your comfort zone or was a new genre for you?

The Husband’s Secret by Liane Moriarty. Once I got past the first few chapters (too many characters! few of them that important!), I was wholly absorbed in the book and wanted to see how everything would shake out.

I’m not a big re-reader, and I probably wouldn’t re-read any of these books next year. But the books I’m most likely to reread sometime in the future are Eleanor & Park and Book of a Thousand Days. 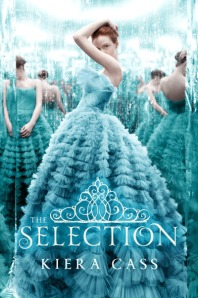 Make Just One Change by Dan Rothstein (reviewed on my teaching blog) completely changed how I taught my course this fall.

Everything I read was either new to me or completely off my radar, so.

None really stood out to me this year.

Longest was The House of Hades by Rick Riordan; shortest was Junie B. Jones Is (Almost) a Flower Girl by Barbara Park.

17. Book that had a scene in it that had you reeling and dying to talk to somebody about it? (a WTF moment, an epic revelation, a steamy kiss, etc. etc.) Be careful of spoilers!

18. Favorite relationship from a book you read in 2013 (be it romantic, friendship, etc)?

Eleanor & Park as well as Park’s relationships with his parents in E&P, Tik Tok and Tiger Lily in Tiger Lily, and James and Raleigh in Silver Sparrow.

19. Favorite book you read in 2013 from an author you read previously?

Book of a Thousand Days by Shannon Hale

20. Best book you read that you read based SOLELY on a recommendation from somebody else?

Where’d You Go, Bernadette? by Maria Semple — I read it because Jasmine told me to.