So, this week’s Top Ten Tuesday list will probably be a little cheeky. The topic is books for people who like [fill in the blank], and Scandal was the first thing that popped in my head, followed by How to Get Away with Murder (HTGAWM) since the shows come on back-to-back and have some similarities. 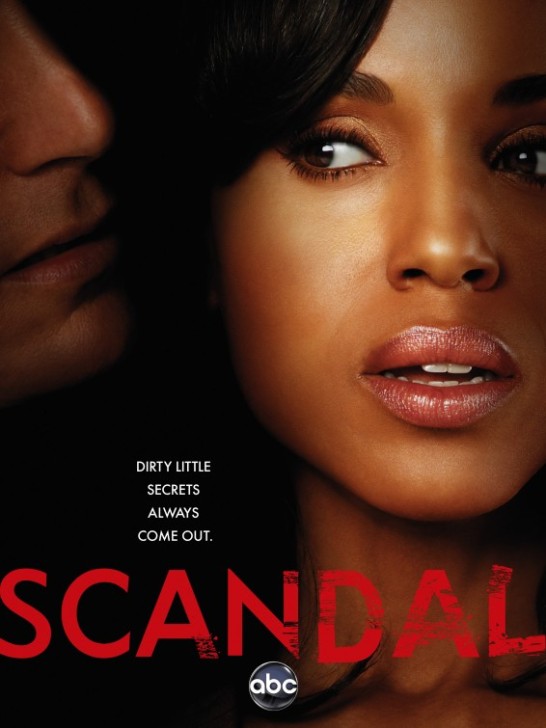 Namely that they’re both about terrible people doing terrible things–some of which they think are totally justified. So here are some books if you’re totally into that kind of scene.

1. The Count of Monte Cristo by Alexandre Dumas — The TV show Revenge is based on this book, and it’s all about the really, really long con and how vengeance can turn a delightfully wonderful person into a really scary “take others down at all costs” type. So that fits in nicely with both shows.

2. The Other Side of Midnight by Sidney Sheldon — This book is all about how an innocent woman becomes a pawn in a game…or flips the script and creates pawns of the people who try to play her. Immensely readable and fast-paced, this book is the equivalent of binge watching a show, and the first two seasons of Scandal were totally binge-worthy.

3. Where’d You Go, Bernadette? by Maria Semple — If you like flashbacks and flash forwards, then this book told through found documents will be right up your alley. Most of the characters in this book are terrible people, but they are fascinating. Isn’t that why we like shows like Scandal and HTGAWM in the first place?

4. Carrie by Stephen King — This horror novel is about what happens to a girl who is constantly ridiculed and humiliated by her peers. After she gets baptized in pig’s blood, she totally loses it. Tell me that isn’t an apt metaphor for what happens to Huck after he joins B-316 or for what happens to those law students after they decide to cover up a murder. Oh, this is also told through found documents and flashbacks/forwards, so it works on levels.

5. The Husband’s Secret by Lianne Moriarty — Well, the title says it all, doesn’t it? This could work for the case of the week or all the super cheating that goes on with the husbands on either show.

6. Incidents in the Life of a Slave Girl by Harriet Jacobs — Yeah, so Annalise and Olivia both have really complicated relationships with white men. Olivia, though, has a really complicated relationship with a white man who is in a position of power over her. Just like Harriet Jacobs. Oh, and to be clear, I’m not talking about Harriet’s owner. But that works too. Because doesn’t Fitz think he owns Olivia?

7. The Circle by Dave Eggers — When you become a Gladiator or join…whatever Annalise’s group of students is called, it doesn’t take long before you start drinking the Kool-Aid. (Just ask Quinn or Michaela.) Main character Mae is super ambitious and, no matter how she tries to fight it, she just can’t help but be completely sucked into the culture of The Circle.

8. Gone Girl by Gillian Flynn — Amy and Nick completely deserve each other in this book. I don’t like either one of them. But you know who I do like? Boney. And Go. Boney/Go are the David Rosen/Oliver of Gone Girl.

9. Silver Sparrow by Tayari Jones — This is the story of two girls caught in a web of their parents’ making. Gee, that sounds so familiar.

10. Peace from Broken Pieces by Iyanla Vanzant — Okay, that’s a lot of screwed up people doing a lot of screwed up stuff. One day, eventually, they may want to get it together. And that’s where Iyanla comes in. Let her help you fix your lives, Olivia and Annalise (and friends). She is here for you.

Okay, let’s hear it: What books not on the list would you recommend to someone who likes either of these shows?