So in an effort to get back on track, I am getting back on track. This is another way of saying that I could either grade or write this post, and, well, you see what’s happening.

The back on track really does mean that I have not been getting enough sleep, so in order to do a better job at that, I have to accept that I’ll have to do more grading on the weekends. This makes me sad face for obvious reasons, but! It’s also the end of the semester so I just need to suck it up and deal.

END_OF_DOCUMENT_TOKEN_TO_BE_REPLACED

Today is Mother’s Day, and I’ll spend it running an errand with (and for) my daughter. This is not a bad thing. She got a job (🙌🏾) and needs to get her uniform before she starts tomorrow. But this is the crux of why (and I can say this without bitterness) I treat Mother’s Day like any other day. As a single mother, it’s just another day for me where things need to get done, errands need to get run, and my daughter needs care. 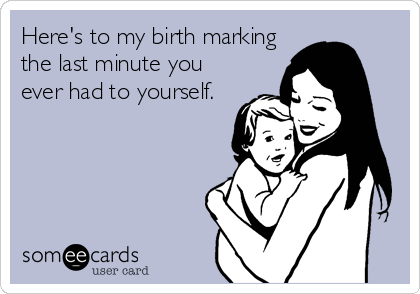 END_OF_DOCUMENT_TOKEN_TO_BE_REPLACED

So, my daughter is here for her summer break, which is yay. As previously mentioned, I did have to do some things to make my apartment suitable for two instead of one. So one of those things was buying her a bed.

Me: Do you want me to get the bed before you get here or do you want to wait?

Her: You can get it. I trust you. Just remember that I like a soft bed and not those doors you like to sleep on.

So, I get the mattress.  Here’s what happened after her first night here.

END_OF_DOCUMENT_TOKEN_TO_BE_REPLACED

Last time we met, I said that I had reintroduced cauliflower into my diet, and it was something I could have in small amounts if I really wanted it. WRONG. Cauliflower and I are no longer friends. Which means that most mushrooms are out. Oh, and apples and I have grown apart (this also explains so much). It’s just wild that all of these good for me foods have been slowly destroying my insides. Oh well.

In related news, I found out yesterday at CVS that the probiotic I’ve been taking to help with my stomach issues and to restore my gut to good health contains one of my no-no ingredients. I do not think I can tell you how pissed I was about it. This was definitely my mood:

END_OF_DOCUMENT_TOKEN_TO_BE_REPLACED

A lot has happened since I made my executive decision not to finish my daily blogging challenge for April: