1. Today is the one-year anniversary of my move to California. No regrets so far.

2. Okay, so here is a weird thing that has happened to me. My alarm is set to go off every weekday at 7 a.m. and is set to play “Order My Steps” by the GMWA Women of Worship.

However, around 5:30 or so each morning, I kept thinking I heard my alarm go off. I would check my phone, nothing. So I decided it was just the fan making a whistling sound and/or my circadian rhythm taunting me with my normal (i.e., during the school year) wake up time.

So I told her it was the fan and that it happened a bunch of times, and she was like, “THAT IS SO CREEPY.”

Then, she was like, “Mom, it doesn’t just sound like the opening of the song. It sounds like the part where she’s hitting the notes and everything. THAT IS CREEPY.”

And this is true. I mean, it sounds like the actual song. But I haven’t quite made the jump from weird to creepy yet.

Anyway, to prove it was the fan, I switched the setting, and the song stopped. When I told my mom about it, she said, “Maybe God is trying to tell you something.” And I don’t think God wants me to get up at 5:30 when I don’t have to, but I could be wrong. But, you know, the song is all about being in God’s will. So. You know.

2. Okay, so after doing water aerobics for YEARS and constantly being annoyed at the instructors for wanting to do exercises that cause my hair to get wet because they are white women who do not care/understand that I don’t want my hair to get wet, I finally decided to take matters into my own hands and buy a swim cap.

I can now relax and actually do (almost) all of the exercises.

I am genuinely annoyed with myself that it took me this long to figure it out. I may have been inspired by the ladies who wear shower caps during the classes.

Anyway, I bought this one that is big enough to cover my locs (dreadlocks).

3. I went to get my eyes checked, and the optometrist wrote me a prescription for reading glasses. I also went up a size for the font on my phone.

The main storyline is legit about a white girl named Becky who wants to use predictive justice (i.e., arresting people because they *might* commit a crime) to clean up the streets of Jersey City, and I am 100% here for this social commentary.

Kamala continues to be the best. There’s a great cameo/storyline with Miles Morales (which made me want to read his book). Also, Kamala and Bruno’s relationship continues to evolve. Being a teen superhero isn’t easy, and I love that Wilson is all about exploring the day-to-day responsibilities/relationships teens have even when they’re not trying to save the world.

Yeah, so I totally didn’t expect Alex (view spoiler)[to go to jail for 25 years and miss the change in human/android relations (hide spoiler)]. I feel like this probably could have been another volume for that alone.

Ada is great and Alex’s grandmother continues to be the best ever. I wish she were featured more in the story, honestly.

A good conclusion to the story (it’s impulsively readable), but it just felt a little rushed.

I am all about adventure books featuring girls, so this is A++ for that. Good mix of characters with a diversity of personalities. I had a hard time keeping the names straight, though, and this is partly because the coloring/inking is so dark. For that reason, I wish there were a cast of characters list somewhere (or am I showing my age?). So yes. Cute.

5. As for what I’m currently reading, I’m still making my way through the following two books: 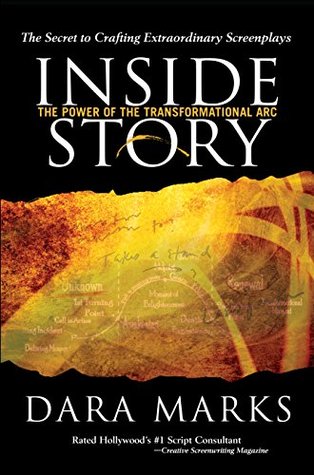 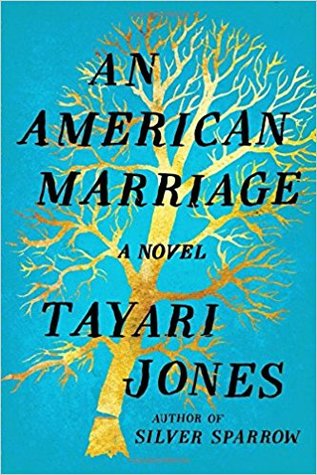 I haven’t made as much progress as I want on Inside Story by Dara Marks, but that’s mostly because I was grading last week and read the above graphic novels because they had to go back to the library.

As for An American Marriage by Tayari Jones, I had to take a break on the audiobook since one of the narrators was getting on my nerves. I have a paper copy of the book now, though, so should be getting back into that soon. I do have some books that go back to the library within the next week, though, so we’ll see how that goes.

6. Is anybody watching Alexa & Katie on Netflix?

I just finished the first season, and it’s adorable. Also, the casting is impressive. The families all look like they could be related and the moms and daughters even share the same body types. Plus, you know, best friends being ride or die. So if you’re into that. I may or may not have almost cried at the season finale (in a happy way).

Oh, and my friend just got me hooked (today!!!) on Marching Orders, also on Netflix.

I don’t like the poster, so here’s the trailer:

I didn’t go to an HBCU although I love watching the bands perform, and this is just showing me that I never would have been a part of the band. I mean, whew. Anyway, this show has given me a lot of feelings, so you should watch it. Each episode is about 10-15 minutes, so super easy to watch.

7. I guess that’s it. Oh! My creative writing class went well this summer and totally changed the way I teach. Also, for their final, my students did a reading and one of my students said the cutest/best thing:

“Oh! Those writers came to read their work and now we’re going to read our work because we’re writers, too.”

Two and a half weeks of summer break left. I am only a medium amount behind on planning my courses, so I’m way ahead of where I was this time last year. Killing it.