Self-evident topic is self-evident. Let’s get into it.

END_OF_DOCUMENT_TOKEN_TO_BE_REPLACED 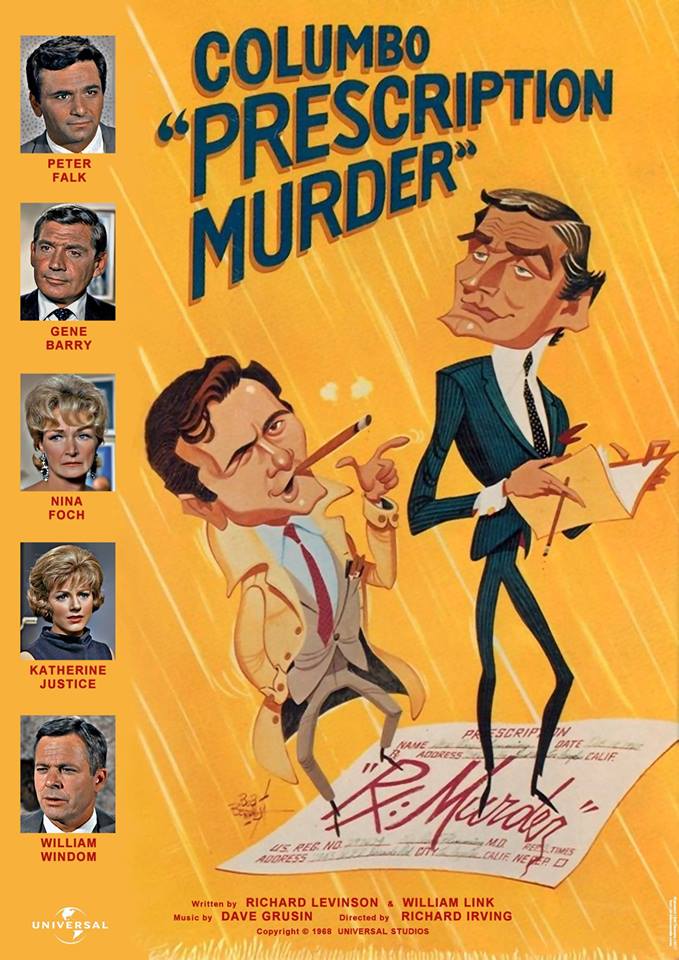 I need justice or joy today.

A friend in a group text, describing her quest to find something to watch on TV

I think my friend’s quote perfectly sums up what many of us need during uncertain and troubling times such as a global pandemic. I tend to lean more toward joy because I want to laugh or at least not be stressed out by what I’m watching. But sometimes when the world is overwhelming, I also need justice. I need to know that the good guys are going to win and the bad guys are going to lose, and during the pandemic, I have found that nothing has filled my need for justice like watching Columbo.

END_OF_DOCUMENT_TOKEN_TO_BE_REPLACED

It’s the most wonderful time of the year! That’s right: A Month of Faves is back, hosted by Tanya and Kim over at Girlxoxo. As of this writing, the official post isn’t up on the website yet, but the prompts are posted on Kim’s Instagram.

END_OF_DOCUMENT_TOKEN_TO_BE_REPLACED

Okay, I’m going to get into the ashy eye story in a minute, but also I just want you to know that I got a COVID test after flying across the country, and it is negative. So…whew.

So I discovered this ashy eye issue the day I was packing/prepping to fly across the country. My eye had been bothering me since Thursday. It kept watering for no reason, which honestly happens to me quite a bit, but I thought it was just allergies. You know, a fire was raging, and debris was flying through the air, so it seemed logical. But that night I couldn’t sleep with my eye mask on because it felt like something was stabbing me in the eye.

Then, on Friday, my eye was still bothering me. It was still with the leaking and all, but I could smell smoke in my house, so, again, I just banked on allergies. Also, my daughter told me I looked like I had gotten punched in the eye because my eye was swollen. “Yes,” I told her. “It’s the allergies.”

END_OF_DOCUMENT_TOKEN_TO_BE_REPLACED

So my book club is doing middle grade mysteries for October, and unfortunately, I can only nominate one book. One! This is sad for me because I have a lot of books that I could recommend because I want the people in my book club to read and/or talk about them. Just for context (do I need more context?), after I taught the detective literature course at my school last fall, I said my dream would be to teach the class again and focus solely on middle grade capers or puzzle books. (I was sick of all the murdering and violence in the adult literature.) The point is that this topic lives close to my heart.

So, anyway, here are all the books I wanted to nominate for my book club to read and the one I did wind up nominating in the end.

END_OF_DOCUMENT_TOKEN_TO_BE_REPLACED

I have gotten a couple of text messages from friends–white friends–asking me how I’m doing or how I’m holding up, and the answer is the same for all.

I’m angry and I’m weary. I’m angry and I’m weary and I’m tired of talking about being angry and weary. If you want to know the depths of my anger and weariness, I’ve found that the following three Instagram posts pretty well encapsulate where I am. The first one is a short video (three minutes) and a transcription has been helpfully provided here. The other two speak for themselves.

END_OF_DOCUMENT_TOKEN_TO_BE_REPLACED

Whew, I am all caught up on S3 of She-Ra and the Princesses of Power and it got a little dark there, but OMG, I am in love with the fact that Bow’s dad’s name is LANCE, and it is the greatest gift TV has bestowed on me these past few weeks.

Well that and the twins from Sunnyside. They are amazing. Watch Sunnyside on Hulu, y’all! It’s a trip. Because the twiiiiiiiins.

I read some books:

END_OF_DOCUMENT_TOKEN_TO_BE_REPLACED

1. I didn’t post an update last week because I told myself I hadn’t really done anything, which was insane because my friend and I were seatfillers at the Creative Emmys. I mean, that is literally a thing I did, and I was all Kanye shrug about it. I don’t even understand HOW when I sat directly behind Amy Sherman-Palladino (she offered to scrunch down in her seat so her hat wouldn’t block my view), Phylicia Rashad basically walked right by me (okay, okay, she was like three rows away, but OH MY GOD, I almost passed out from the proximity), and Sterling K. Brown came by to say hello to someone in our section. Just, you know, stopped by for a chat.

Also, ASP and her husband brought their Emmys back to their seats, and those things are beautiful and massive and can definitely be used as weapons. So, you know, that is also a thing that I can now say: I saw an Emmy up close and personal. Also, a Wayans brother. (It was Shawn.)

2. I posted a couple of things:

3. My friend and I also went to a taping of Kelly Clarkson’s show, which was quite delightful. I mean, it’s Kelly. She is adorable. It was a lot of fun, though it was FUH-REEZING in the studio. In fact, the set photographer was wearing an actual winter coat, and I may have, very classily, put on my leggings under my dress as soon as we got in the studio.

My friend was all, “Seriously, you couldn’t do that all those times you went to the bathroom?”

To which I could only reply, “It wasn’t cold then!”

So anyway, if you want to see me in the audience of Kelly’s show, it’s the episode with Mike Colter that will be airing this Tuesday, Oct. 1. It’s syndicated! Or you can watch it here.

4. I also went to see a stage production August Wilson’s Gem of the Ocean, which I was not familiar with at all. It was awesome. I really need to read more of his stuff. More plays in 2020, perhaps?

This is a very well-written memoir and super engaging. I listened to the audio (my first Julia Whelan, which is surprising because she is pretty prolific, and fantastic), and was immediately hooked.

This is also VERY triggering, which I was not prepared for. I was just so not prepared. But I did feel compelled to finish the whole thing, which just goes back to how engaging the story is. So, there’s also that.

The Secret of the Old Clock by Carolyn Keene

I had, surprisingly, never read this book before so was shocked that Bess, George, and Ned weren’t in it. What madness is this???

I liked that, though! I mean, it’s a little slow to start, but Nancy is truly On Her Own, so that is really appealing. I mean, my girl legit saves herself from every single scrape she is in while finessing an entire community including the dad of the girls who hate her, so queens gonna queen, basically.